Facing A Reduction In Force (RIF)

There is a lot of turmoil in the world of education now as school districts are forced to cut spending. One of the ways they have decided to do this is to enact a Reduction In Force or RIF whereby teachers are simply told there is no longer a job for them in the upcoming year. This is similar to a regular company performing layoffs, it just has a different terminology.

Teachers are employed on a contract basis and every year they may or may not be offered a one year contract with the district. This contract, as I recently found out, does not mean that the district owes you a job. It simply means that YOU agree to work for them for the upcoming year, however they are under no obligation to keep you for the year.

Usually your contract will be renewed unless you have terrible performance from your students on TAKS or you perform some egregious act….unless there is a RIF in effect. In the event of a RIF you can be let go even if you have had good performance.

This is exactly what happened in my district and a few programs that were small were RIFed. At my small department we were told that our program was being cut and we needed to clear out our stuff at the end of year and fire up our resumes as we were not going to be offered contracts.

This came as a giant blow to me but I guess it was a wake up call that no job is safe. I have started looking for a new job since we were told we would work until the end of the year. This is just adding to the stress of the the upcoming surgery and all but at least I have three months notice and can start looking for a job, although all the other districts in my state are facing RIF situations as well.

The one thing of note is that districts have been offering people incentives retire early and with all the reshuffling there will be jobs opening up over the summer. I already plan to attend all the job fairs that I can but I know it will be VERY hectic with all the people who have been RIFed running to different districts to get new jobs.

I am keeping a positive attitude about this entire thing and I look at it as a chance to expand my horizons in a new position and move to a new town.

Luckily my district pays us 12 smaller checks over the whole year instead of 10 larger checks like some school districts do. This means that I will be getting paid through August even though we stop working in the middle of June. Having those paychecks spread out like that means I will not struggle over the summer to keep my budget in check.

Some people prefer getting paid for the 10 months they work and then not getting paid over the summer because they see a bigger check. I like getting paid an even amount for the entire year but it really does not matter because your total annual salary is the same. It just makes more sense for me to get paid every month for the year and then if I get a new job over the summer I will only have to go one month without a paycheck, instead of three!!!!

It is a good thing I have my Emergency Fund that can now cover two months of expenses so I really need to hustle up a new job before the beginning of the new school year.

Save Money and Save for House too 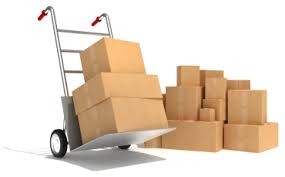 The Office Staff Think I Am A Shopaholic

Joost invites are still going out..do YOU want one?

Tracking my finances in June: day 1