Every time I think I am completely through with the insurance company they decide to throw me a nice little curveball. I have gone through a heap of rigmaroles with money for hospital bills from my surgery and then ONE YEAR LATER they send me a statement of overpayment.

I got a letter in the mail saying that the insurance was reviewing their records for surgery that I had ONE YEAR AGO and they found that they had overpaid the hospital to the tune of over $900.

I now owe this money and they will send further correspondence about how to pay it.

* Lulu jumps up and down shaking her fist in anger*

I have just recently paid off some bills for money that they said I owed becuase of an accounting error and now there is another one? For almost one thousand dollars!

I have no idea what I am going to do now. This is going to affect my snowball payments because I had planned on making extra snowflake payments to the next target on my list which is a credit card since I just Fully Paid Off My Lending Club Loan. Now I have to take this money to pay the insurance company back for THEIR MISTAKE which means I will be making NO PROGRESS on debt repayment for the next few months.

I mean this seems to be a never ending story. There was the $249 Anesthesia Bill from 7 months prior and I thought that was the end but it seems the insurance company is playing games with me.

This is really frustrating! 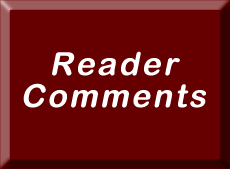 Tracking My Finances In July: Day 22